I don't think I mentioned it in my introductory-post for my Pangya reverse engineering series, but as the efforts on the PC MMO version of the game were ceased, there already was a mobile game in cooperation with NCsoft in the making. It was announced in 2014, there was a long silence until a release in 2017, one year after the development of PC was stopped.

Now, just before New Years, I see a message popping up in a Discord server centered around Pangya, which was...

Attached to the message they posted to their Facebook page was a timeline on how the shutdown proceedings would follow. Including one crucial part that download of the game from the app stores wouldn't be possible after January 10th 2020.

I never played the Mobile version, because I heard how watered down the mechanics were and how much it was focused on pulling money out of users wallets with cosmetic outfits that cost upwards of $41, so now was the time to actually create an account.

I couldn't be bothered setting up a VPN for Thailand, the only region the game was distributed in, so I grabbed a APK off of APKPure, verified it was the latest version of the game, pre-patches of course, launched it on my Android phone, logged in and downloaded all patches, a whopping 1.6GB of them. As soon as that was done, I closed it again. Connected the phone up to my PC and proceeded to move all local assets to my PC. I also downloaded a fresh APK onto my PC to take apart, so now we're good to go.

So, contrary to the first post, Pangya Mobile is not using the inhouse-developed WangReal engine and made it portable, no...they actually use Unity, which makes everything far, far easier to take apart.

Taking apart an APK is pretty easy, since it's pretty much just a ZIP archive with some extra metadata to it.

But to really get everything out of it, I opted to use Apktool which is specifically made to reverse apps. With that I'd also be able to repackage an APK if I wanted to.

This resulted in following output:

So now that we have all the .assets and .resource files from the assets/ folder, let's peak into them and extract the assets.

Those files are bare assets and using tools like Asset/UnityStudio looking into them is as easy as selecting the folder they are in. Once that's done we're greated by following view: 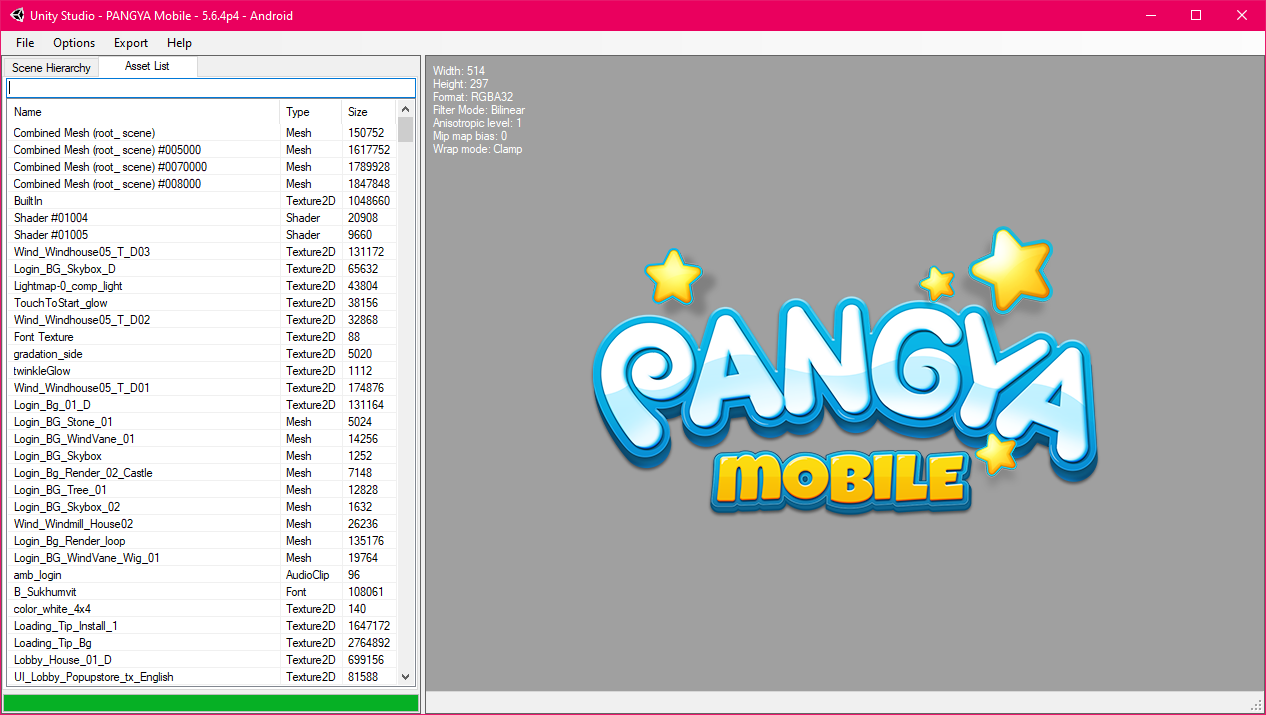 Using the Export option given by the tool, we just dump all the assets in their proper formats. Done!

The Assets (Part 2 – From the patches)

But wait, there's more! I downloaded 1.6GB of patches for Pangya Mobile, and they all are .ab/.assetbundle files, which are basically just a lot of .assets compressed together in a Unity-specific format.

And of course there are tools for it we can utilize to take them apart for us!

My main tool of trade for this was utinyRipper which exports .asset files from the asset bundles. There also are tools like UABE that work just as well for this!

It looks like some of the newer assets are encrypted, or at least the tools don't seem to fare well with them, which I still have to look into.

As this requires a lot of manual labor I haven't fully extracted all assets yet, but as times comes I'll definitely do that. Having them backed up already gives us indefinite time for it anyway.

Now that we have the assets, it'd be really interesting to see what the game actually does under the hood, right?

Apktool already gave us a headstart with the smali/ directory, containing a disassembly of the Dalvik bytecode. Using the proper syntax highlighting, we already have something to look at! 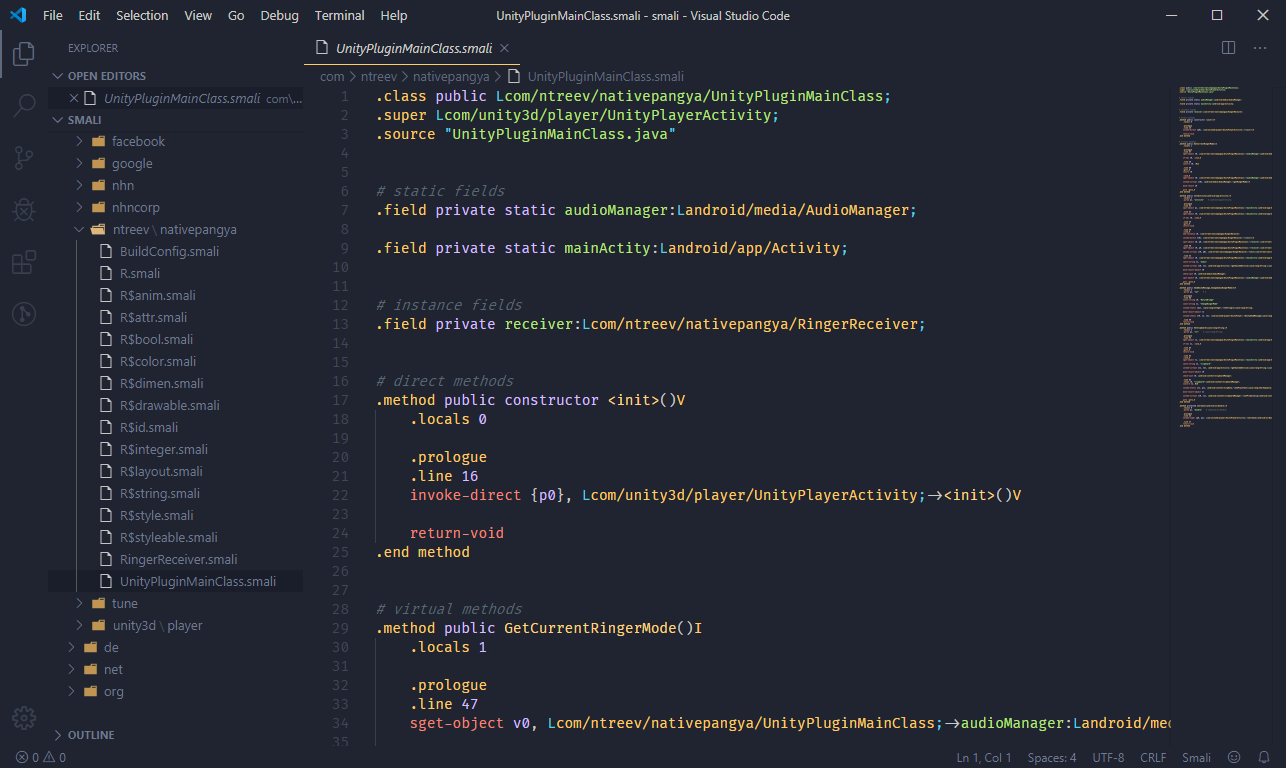 The Dalvik bytecode in this case isn't really related to the Unity game contained in it, though. The really interesting bits are found in the libil2cpp.so file found in the lib/{arch} subdirectory.

IL2CPP (Intermediate Language To C++) is an alternative Unity scripting backend which converts the IL code to C++ before making a binary, to increase performance, security and compatibility of games.

It indeed amps up the security compared to regular Unity-built assemblies, but it's not impossible.

Combined with the file global-metadata.dat found in the assets/ directory, which contains a map of symbols and classes, we can actually map the metadata back to the libil2cpp.so file.

A tool aiding us with this endeavor is Il2CppDumper, which gives us several output files, including a script.py file we can run with IDAPython to place functions. After quite a while of waiting with a 42 MB source file being analyzed and having the script place everything, we're now at this:

Now we have a disassembly and pseudocode of both the APK and the Unity binary to look through!

So, we basically have everything ready to go through the game in it's entirity, but while exporting assets and checking the disassembly, I found references to something interesting. There were files called cremadata, which by filenaming seemed to contain strings of game data...but what format were they, it just seemed like binary data.

Well, as every developer, the first thing to do is a quick DuckDuckGo/Google search and...what's that? 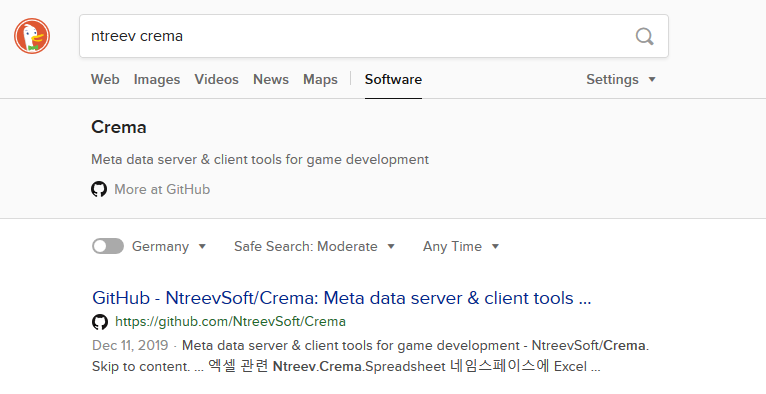 Their format and toolchain is actually open-source! Unexpected from my dealings with MMO developers before, but hey, means less work for us!

So I went ahead, downloaded a Crema release and found the proper tool to import the files I found in the games assets, and... 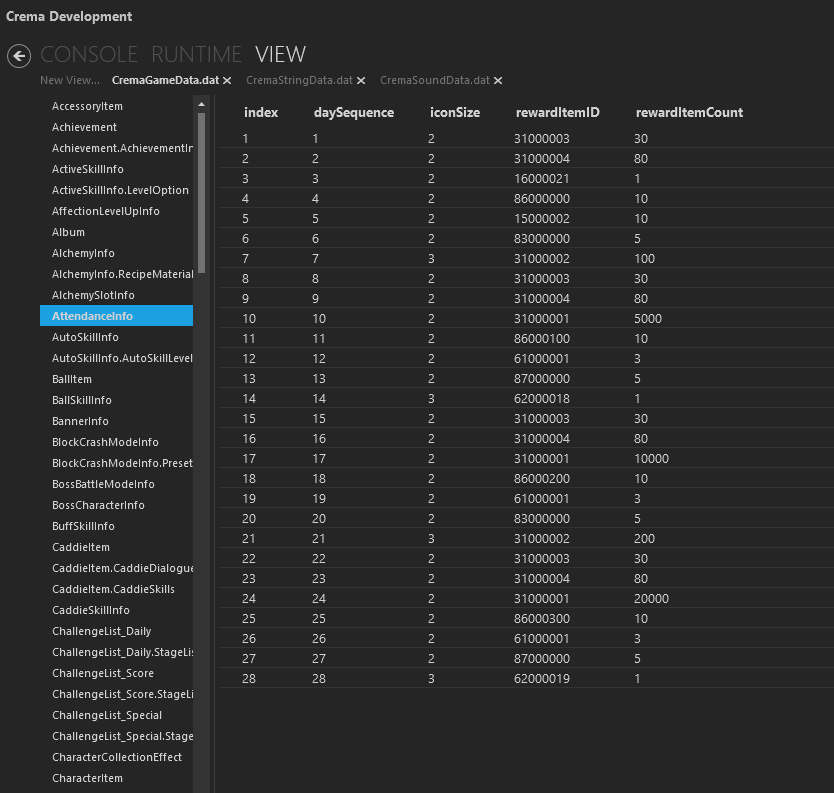 That marks most of the assets open to us. Either from the asset bundles to the code, now to the string/game data in Ntreev's specific format, we all have it.

It definitely was quite the journey, because I did this in a single night on a whim, so I'm finished before the deadline of being able to download the game and assets rushes by. But I also learned a lot of new stuff about Unity, which I already dabbled with in the past!

Now Pangya Mobile can shut down, the data is safe! :P

This wouldn't have been possible with all the research and tools provided by many, way more knowledgable people, here's a full list of them again:

This post was more of a quick side track of the main reverse engineering series around Pangya, but as it still covers the same game series I felt like writing a blogpost about it. I'll resume the regular series soon again with posts on how I took apart the PC version and my journey on that!